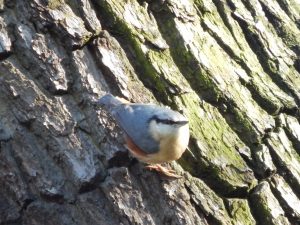 Top tips for getting started with bird watching! 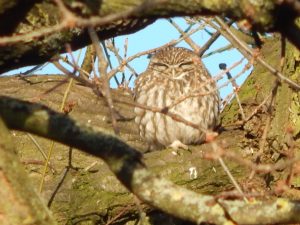 Can you hear the differences between a bird’s song, calls and alarms?

Songs tend to be more melodic tunes, alarms tend to be short, abrupt sounds, calls can be very varied.

The sounds that birds make (vocalistion) can be grouped into five types;Song

Amongst European birds its the male of the species who sings, not the female. Songs are used to attract mates and to demark territory.

Alarms are used to warn other birds (and indeed animals) that there is a threat.  The alarm call can vary depending on whether the threat is on the ground, in the air and how close it is. Alarm calls may also be made when birds are being aggressive or chasing other birds away.  If you hear a flock of birds making distress calls it is likely an indicator that there is a predator around and can alert you to the presence of a raptor, such as a Sparrowhawk.

Sounds made by young birds in the nest to request food and by juveniles who have recently left the nest. This can help you to locate a nest, useful if you want to observe feeding or identify what the young look like.

Sounds made by birds to signal with one another, in relation to feeding, travelling in a flock or mates communicating with each other.

Many birds have calls that they only make during flight, to indicate their presence to other birds while moving.